On October 21, 2010 the local community gathered to celebrate and cheer at the Hillel Hurricanes Homecoming game – they sealed a victory of 41-0 against the Boca Christian Blazers. Excitement built during the pre-game events as hundreds of people showed up. The perimeter of the FIU football field was packed with familes, students, teachers, administrators, and alumni – all geared up and ready for the game. 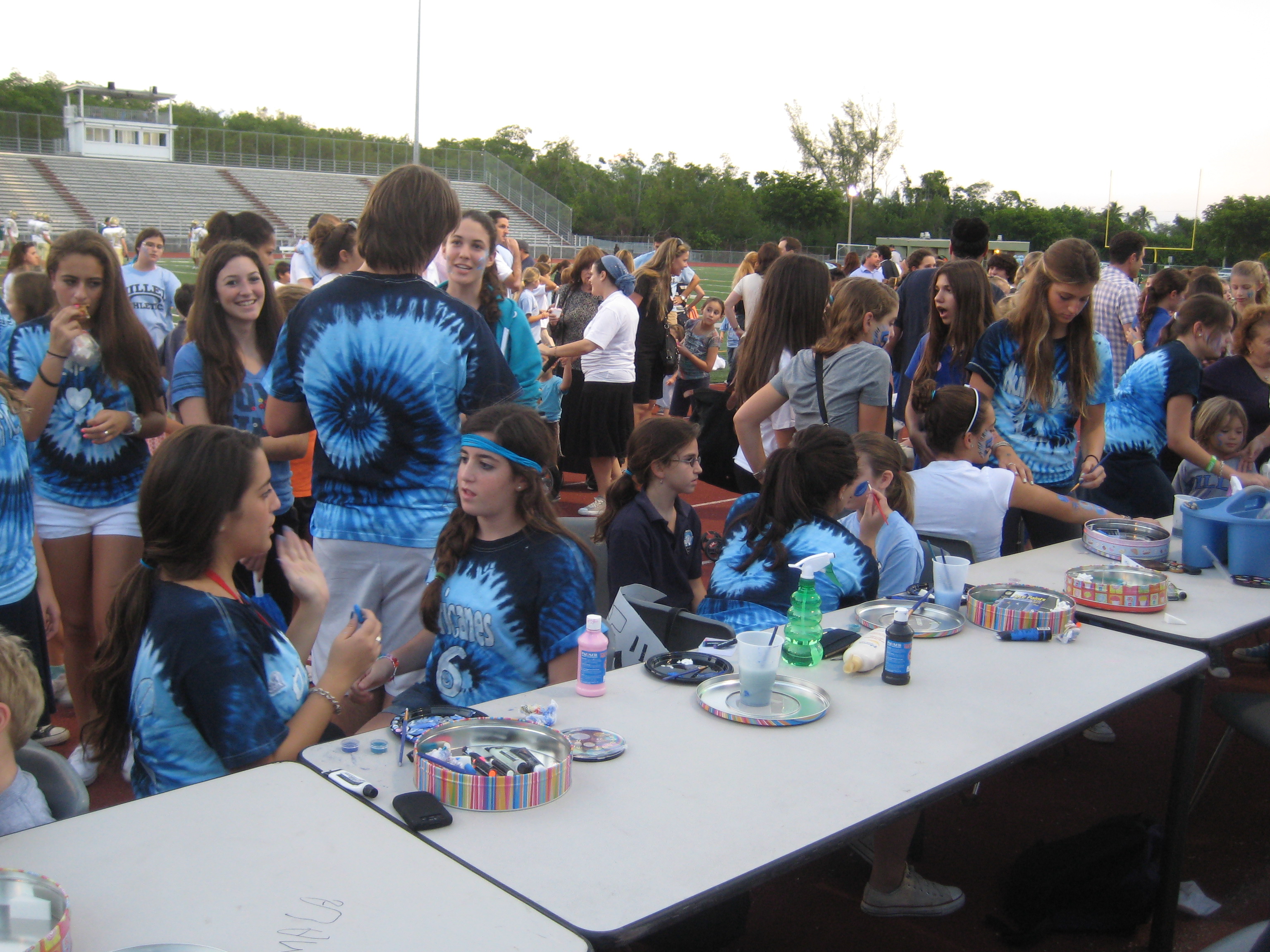 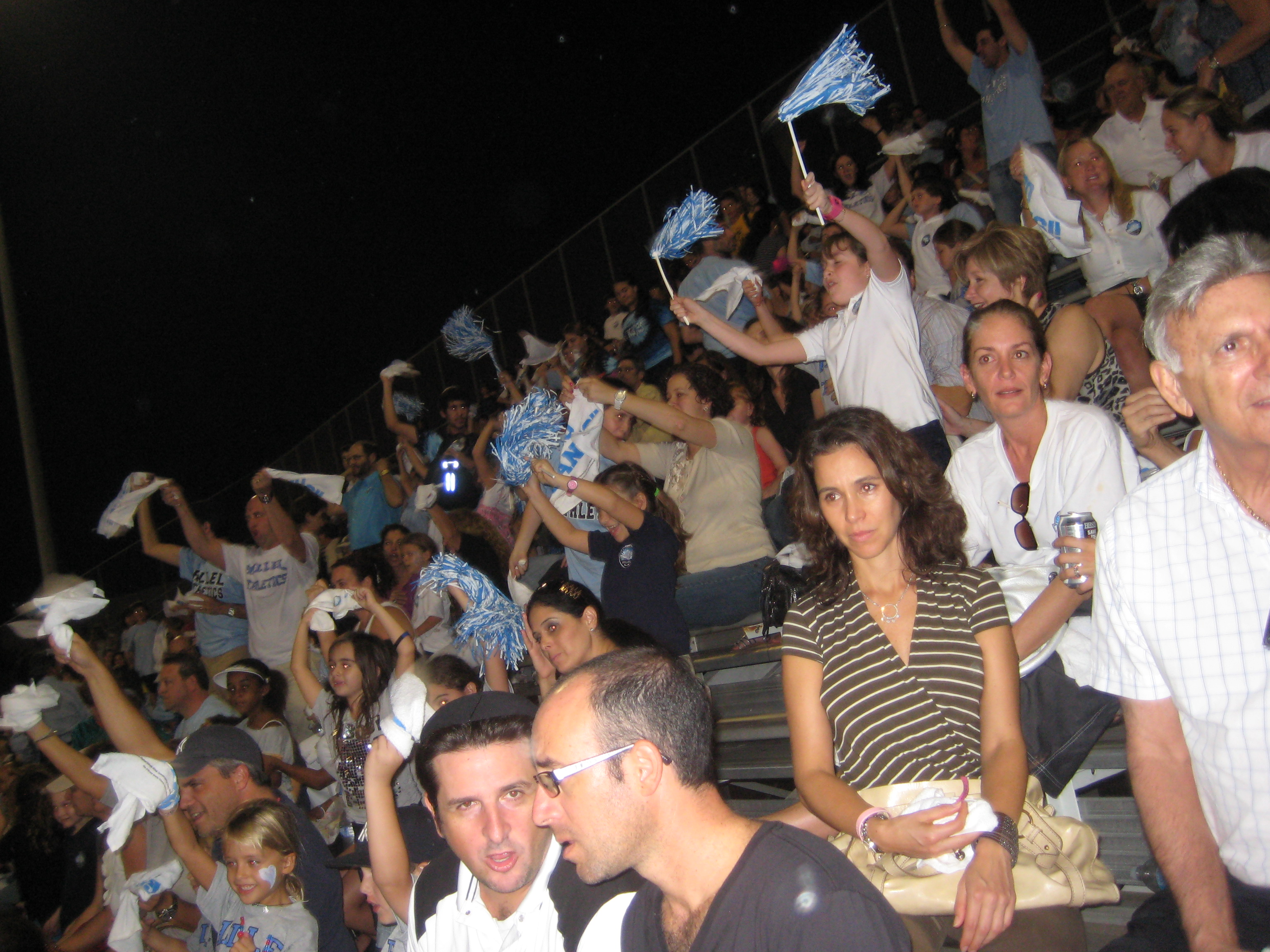 Parents and even grandparents of players where cheering for the Hurricanes. The school pride extended to families of kindergarten, elementary, and high school students. It was a fun mix of sports, face painting, bounce house attractions for the younger kids, and home team school spirit. The students wore school t-shirts and some kids had the large foam finger as they cheered, “Let’s Go Canes.”

There were various food vendors at the game, the most popular was the Kosher Subway. Fans waited on long lines for turkey subs with cheese. 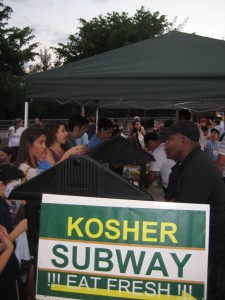 That’s soy cheese, because mixing dairy and meat is prohibited according to the Kosher dietary guidelines. Everywhere you looked fans were having fun, everyone would agree this was a huge success for the community. 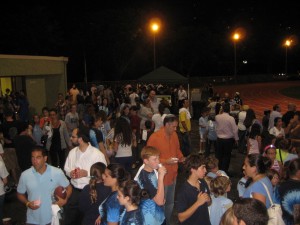 One father of a kindergarten student said, “it’s important that his daughter have school pride, even at her age. Now, she’s really excitied about going to school and being a Hurricance!”

During halftime, parents of graduating seniors that are on the football team were invited on to the field to be recognized at their child’s last game. The parents were thanked for their dedication to the school and for the involvement their child has had in school athletics. Organized sports is a great way to learn the importance of team play, staying fit, and being disciplined towards a group goal – each an important lesson. 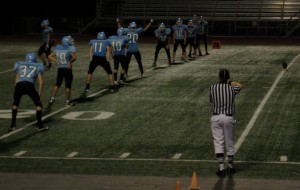 Obviously winning is great as well; the Hillel fans were thrilled by the great game and even more excitied about their successful season. The Hillel Huricanes ended with a 6-1 record.

You can bet that the community is looking forward to next season!